Just a few minutes from the Domaines du Ruisseau Jureux, the village of Saint-Irénée clings to the undulating landscape. Each steep hill and sharp turn of the road brings a new sight into sudden focus: a superb stately home, or a breathtaking view of the St. Lawrence River, widening now as it rushes onward to spill into the Atlantic. The old-time bustle of this quaint village is the ideal complement to the serenity of the surrounding woodlands.

The legacy of the good old days
When first established as a parish in 1840, Saint-Irénée was home to some 800 inhabitants, most of whom lived off the land. Toward the middle of the 19th century, the village became a favourite resort destination for bourgeois families in the larger metropolitan areas. The politician Rodolphe Forget was among many people who built large homes here; his estate is now the site of a prestigious music school.

Flourishing activity
Seven hundred people make up the year-round population of Saint-Irénée. The village economy is based on agriculture, now somewhat industrialized, and tourism, with a few hotels, B&Bs and restaurants having sprung up in recent years.

A bathers' and music-lovers' paradise
Relatively calm through the winter months, the village comes alive during the summer season. The Domaine Forget, which features open-air concerts by world-class performers, is one of the Charlevoix region's most popular attractions. And each year, the beach attracts its habitual coteries of sun worshippers. 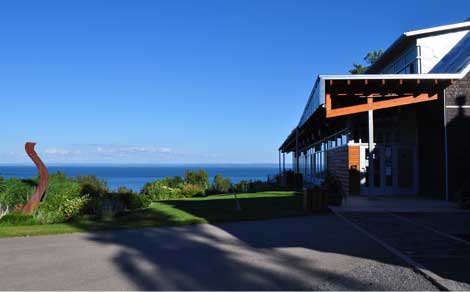 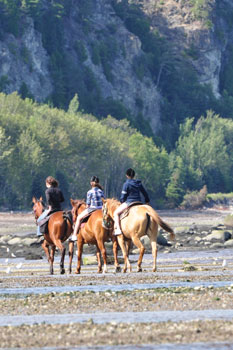 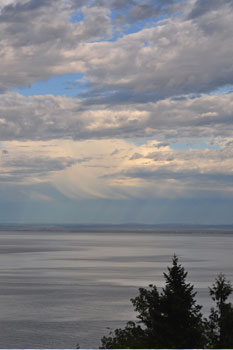